The names of countries are common, but it hides their true culture and civilization. Turkey is no exception. You know its name but you don’t know mysterious ancient cultures. A rich country with rich people, ancient civilization, vast grounds, and old temples and mosques are worth knowing. Do you know where the first crop was initiated and harvested? Where did the first Christian church is located?

What does the red color in the flag of the Turkey show? Where the world’s largest and oldest bazaar is located? Why is Turkey rich in Tulip and cherries production?

These are just some of the questions you should ask yourself. Because the more you know the more you know you don’t know. Turkey culture, its glorious past, and its rich traditions are open for us to explore the world that existed in this earth. Turkey has bustling cities, glamouring sounds of crowds, and beautiful beaches. With its rich history of the Ottoman empire, Turkey holds firm claws in global politics too.

How Turkey is impacting the world, and what facts can enlighten your life about Turkey are coming ahead. Let’s dive deep into Turkey to surprise you.

Turkey is a beautiful and friendly country that bridges roughly around the southeastern part of Europe and Asia. Surrounded by water on three sides, it has eight countries as its neighboring countries. Turkey is a large country with a total area of the 783,562-kilometer square. As of 2019, the total population was estimated to be about 84,339,067 persons, with a population density of 110 per Kilometer square.

YHowever, the current capital of Turkey is Ankara. When it comes to the economic aspect of the country, the country has been doing well for themselves. As of 2020, the data from the world bank and Trading Economics estimated Turkey’s Gross Domestic Product (GDP) to worth about 761.8 billion US Dollars, with about $9,225 current GDP per capita. The official currency used in Turkey is the Turkish lira. Moving into the education sector, according to a report released by the Human Development Report in 2015, Turkey is said to have an education index of 0.668. Whereas their Human Development Index (HDI) rank is 59 out of 189 countries, this shows that the standard of living in Turkey is good enough. Making Turkey a viable place for residence or business.

However, Turkey is also regarded as a beautiful and culturally rich country. As it has lots of interesting places good for tourist attraction. According to tourist travels, as of October 2020, the number of foreigners visiting the country plunged to about 1.742 million. Meanwhile, the tourism outbound in the country as of 2018 was about 4,595 million US dollars. But before, you consider Turkey as your next place for vacation, you need to know that the official language is Turkish, whereas there are other minority languages like Arabic, Kurmanji, Azerbaijani, Zazaaki, Pomak Bulgarian, Armenian, Greek, etc. Although, most of the residents are bilingual – Turkish and Arabic. About 17% of the population understands English. Concerning time zone, they are GMT+03:00, three hours ahead of the Greenwich Meridian. As regards the ISD, the country’s code is +90. The climate and weather are also very conducive. Turkey is a nice place to visit, Here you can apply online Turkey visa click to apply for Turkey Visa, why don’t you visit sometime?</span

You’ll be surprised to know that prehistoric agriculture was started in south-eastern Turkey. When the humans were living a life of hunter-gatherers, they devised techniques to manage their sustenance for life to be still and in one place to get rid of hunting the animals and other moving species.

A study published in the nature communication highlights the fact that the first seed was sowed in southeastern Turkey where humanity got the taste of wheat.

Where is the World’s oldest Temple?

What is older than Egypt’s wondrous gigantic pyramids? Did you think it will be in southeastern Turkey? Even before the invention of writing and the wheel, there is something phenomenal that was found in Turkey. What was that? 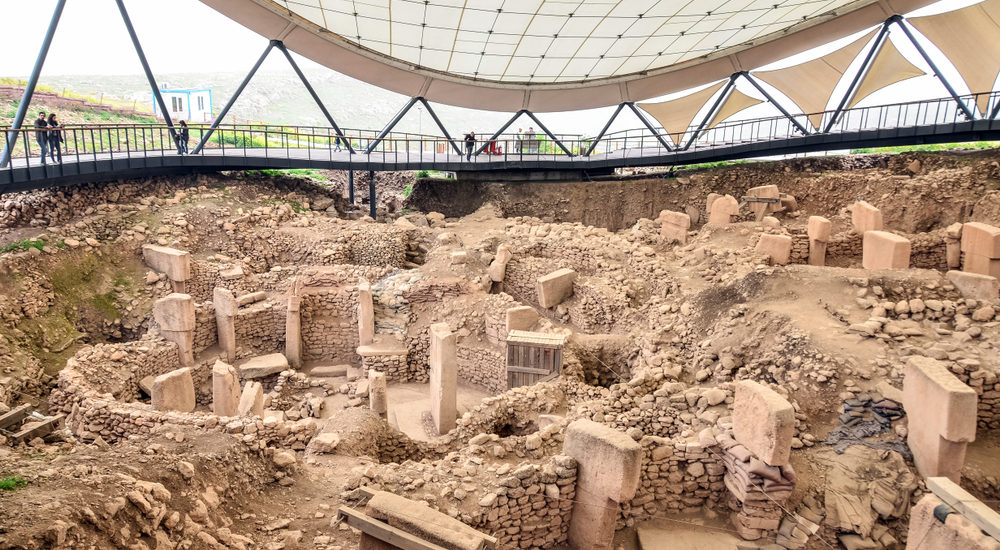 As the things are unfolding, they show that the world’s oldest and antiquated, somewhat 12000 years old temple is located in southeastern Turkey. Its name is Göbekli Tepe. Archeologists confirmed the fact that Göbekli Tepe was built in the pre-pottery Neolithic period. The Göbekli Tepe became the UNESCO world’s heritage in July.

Turkey was the biggest producer of wine and is the fourth-largest producer of grapes in the world. Surprisingly, the local taste with the fertile and powerful soil adds taste to the cuisines.

When you visit Turkey, you shouldn’t miss the wines produced from the local grapes that has rich cultural traditions.

Turkey, the only connecting point between Europe and Asia

The largest city of Turkey is Istanbul, a city with rich historic and modern traditions and rituals. What place this city apart from the other cities of the world is its peculiar, strategic and surprising location.

One side of Istanbul is in Europe and the other side in Asia, creating an amalgam of both cultures.

Turkey, Europe, Netherland, and the story of Tulips and Cherry

The smell and beauty of the tulips are life-taking and the taste of the cherry is breathtaking. Turkey is rich in both tulips and cherries.

They export tulips to Europe and Cherries to the Netherlands. They felt not only confident over their resourcefulness of the tulips and cherries, but to commemorate the joy they planted in the light bulbs throughout Istanbul.

The title for the inception point of agriculture is not enough for the Turkish Nation. To take their grandeur to the next level they are the 10th biggest crop production in the world.

As a pioneer in agriculture, Turkey is well known for its cotton, grapes, dried fruits, apples, and livestock. The skyrocket production of the agricultural ingredients is enabling Turkey to widen its philanthropic character for the downtrodden regions of the world.

What shows red color in the flag of Turkey?

Tukey once upon a time was the flag-bearer of the fate of the Muslim world before the defeat from the hands of the Arabs and Britain. Turkey’s Ottoman Empire was the symbol of Muslim dominance over the world and was a symbol of their pride.

The red color shows its imperial influence over the different regions of the world in times of its ruling over North Africa, Southeast Europe, and Western Asia from the 14th-20th century. It’s a nostalgic color that shows their glorious past and domain after the fall of the Roman Empire.

Why did the Roman Empire fall?

In the 15th century, there was a strong competition between the roman and ottoman empire to expand their territories.

Turkey possess the power of containing the oldest temple, biggest and oldest bazaar, and the inception point of harvest and agriculture. After the triumphed victory of conquering Rome’s capital of Constantinople in 1453, they built the world’s biggest bazaar names as Grand Bazaar or KapalÄ± ÇarÅŸÄ±.

From, then on, the bazaar nurtured and expanded. Today, it comprises 333,000 square feet of land with 61 stress and 3000 shops and a gigantic inflow of tourists. Travel + leisure estimated that in 2014 the grand bazaar of Turkey was the world’s #1 attraction destination for tourists. 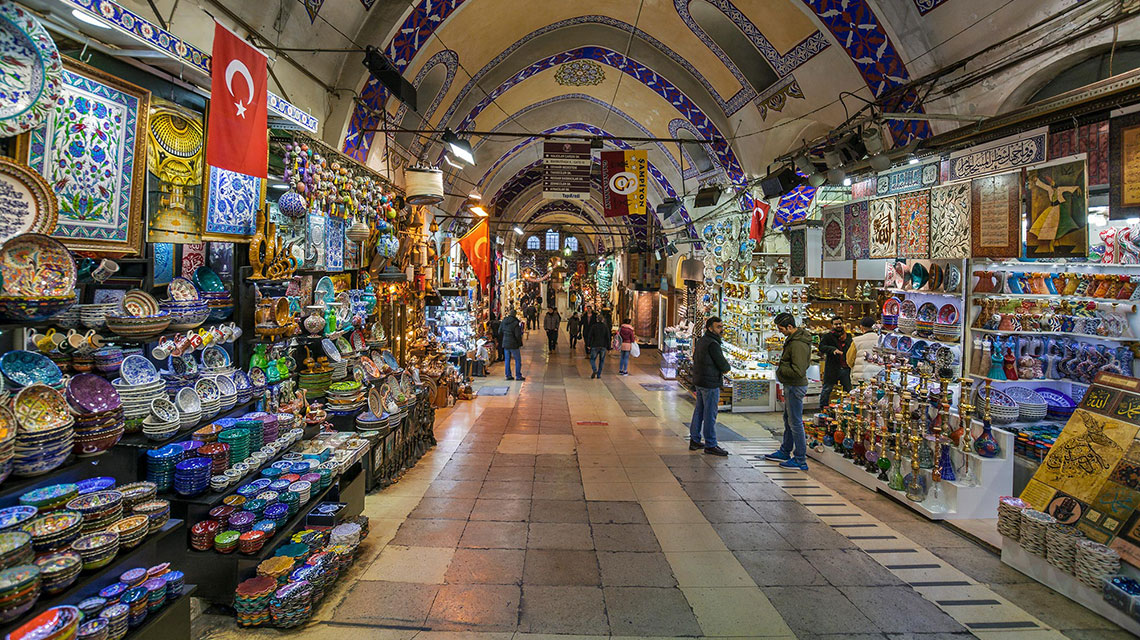 Located in Antioch, the Grotto of St Peter is the first ever Christian church

Now its minds blowing to know that Turkey has too much in its land for us to visit it. There are thousands of religions on the surface of the earth, and each has its own method of worship and life. Christian theology is the oldest and biggest religion in today’s world. The Muslim comes to second after Christianity.

Hitherto all this, do you know where is the first ever Christian church? Its name is St Peter, and it is located outside of Antakya, also known as Antioch. This Christian worship place was believed to be created by Jesus’s disciple, Simon Peter.

When you’ll visit this place, you’ll feel the archeological phenomenal design and a feeling of connectedness.

Two of the Seven wonders of the world are in Turkey

There are seven wonders in the world. What makes these wonders one to wonder and flabbergasted is their unique crafting, technical apogee, and archeological adroitness. Turkey contains two of the world’s seven wonders. They are the temple of the Artemis at Ephesus and the Mausoleum at Halicarnassus.

These both wonders of Turkey are eye-opening because of their prehistoric symbols and the epitome of the human consciousness. When you’ll visit these historic wonders and ancient sites, you’ll feel a sense of wisdom and a keen desire to see how prehistoric humans built it.

Where the Santa Claus was born?

You might have been gifted from Saint Nicholas/ Santa Claus a well-known Christian legendary figure who distribute the gifts on the morning of Christmas.

In Christendom this figure is much popular, but do you know where this figure was born? Santa Claus was born on the land of Patara, which is a resonating and flourishing maritime city on the southwest coast of Lycia.

From where numerous hazelnuts come from?

We know you love to eat delicious hazelnuts. But did you think that from where does cornucopia amounts of hazelnuts come from?

Turkey is responsible for the presence of hazelnuts. According to the calculation, about 75% of exports of the hazelnuts comes from Turkey.  There are abundant amounts and farms of hazelnuts in the Mediterranean basin, in Turney, Italy, and Spain. After turkey, Italy is the next largest producer of hazelnuts, which becomes 20% of the world’s supply.

Turkey is a World’s cultural heritage

Phenomenally Turkey is abundant in cultural sites. UNESCO lists 13 sites in Turkey as the world’s cultural heritage and there are 62 cultural sites on the tentative list.

Turkey has the wonders of the world, the oldest temples, and the biggest bazaars and antique churches. These ancient civilizations have placed turkey in the most attractive visiting sites for tourists. Turkey is the Sixth most attractive and visited destination for tourists in the World.

After knowing these minds blowing facts and mysterious ancient civilizations, why not to visit the turkey?

Curiosity causes restiveness. Now you know how rich is the civilization of Turkey and how it is impacting the world then why not visit the turkey?

A good team to guide you to visit the cultural sites, exquisite beaches, and world’s wonders in the turkey can enhance your reliable and memorable experience.  You must have a tour guide to visit the turkey, its historical sites, and ancient civilization, buildings, mosques, and churches. We provides you with all the information about the country of your choice with complete reliability and safety.

Your email address will not be published. Required fields are marked *